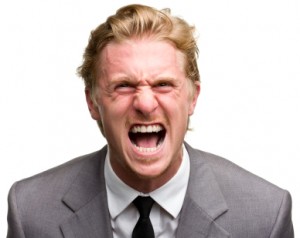 A friend of mine works in California as an in-house coach, most recently specializing in the area of bullying in the workplace, which is more prevalent than most would suspect, not to mention the whole larger subject of bullying in schools.  She sent me an article on coaching abrasive leaders and I wanted to share with you some of the critical highlights.  I found every page enlightening and a real education.

Written by Laura Crawshaw and entitled ‘Coaching Abrasive Leaders:  Using Action Research to Reduce Suffering and Increase Productivity in Organizations,’ she opens the article by writing:  “Abrasive leaders at any level can inflict deep wounds and intense suffering in employees.  The organization often experiences the pain of working with an abrasive executive, manager, or supervisor as well, eroding effectiveness and paralyzing productivity.  Few of us have escaped the pain of working under, over, or with an abrasive leader…”

What is an abrasive leader?  Ms. Crawshaw defines it as someone in a managerial position whose interpersonal behavior causes ’emotional distress in coworkers sufficient to disrupt organizational functioning.’  The intensity and extent can be wide-ranging, from minor and infrequent incidents to more extreme manifestations of aggression. Above all, abrasive leadership (though I hesitate to use the word ‘leadership’) has the potential to ‘destroy individual well-being.’  Given the value of human capital, the cost of this destruction cannot be calculated.

Based on these findings, she concludes that abrasive leaders do not intentionally commit harm as is commonly believed, and are not fully aware of their action or the wounds they inflict.

Coaching abrasive leaders is not straightforward.  Any perceived threats to their professional competence will be ‘vigorously defended against with the fight mechanism and interpersonal aggression.’  Because they need to demonstrate their superiority, in the classic coaching process ‘they experienced immediate and intense anxiety and defended against these threats with aggression.’

By the time a coach is called in, the leader’s interpersonal incompetence ‘overshadows his or her technical competence, and the organization’s negative perceptions now threaten the leader’s professional survival.’  This leads to two difficulties for the coach:  1) Forming a trusted coaching alliance; and 2) Engaging the client despite their denial of a need for coaching.’

Since abrasive leaders are generally blind to the pain they cause, they are also ‘deaf as well — hearing very little about their conduct from others, essentially functioning in a feedback vacuum.’  So what does a coach do?

The client engages the coach as his co-researcher, interviewing coworkers to discover the negative perceptions and identifying what causes them.  ‘That data…gives the [coach and client] an opportunity to develop strategies to eliminate these negative perceptions and to manage them out of existence so that they never disrupt your [client’s] effectiveness again.’  The data collected informs the client of the nature and degree of the distress generated, helping remove ‘the blinders blocking the client’s awareness of other’s emotions.’

The key difference here versus more classic executive coaching is that we’ve moved from ‘eliminating negative client behaviors to eliminating negative coworker perceptions.’  By doing so, the leader can fight against perceived threats to his competence and help them accurately monitor their own and others’ emotions, which is also known as emotional intelligence.