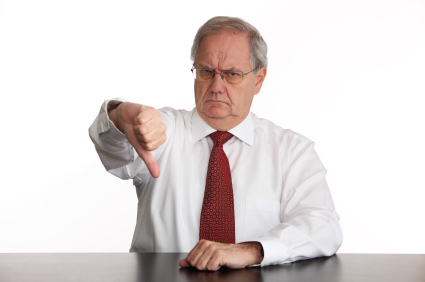 Jonathan Alter, a well-known author, recently wrote an article in August for Business Week entitled “A Checklist for Change.”  While Mr. Alter most often writes about politics, what could be more appropriate than his writing about management?  Politics and management are inextricably linked.  Committees are inescapable in both arenas.

The premise of the article — and tips to be recalled by even the most experienced and successful managers — is that committees are hell.  People in meetings talk in circles for hours and feel ‘they’ve managed to accomplish something when they manage to schedule the next meeting.’  At that point, we all sigh collectively and bolt for the door, praying there’s no followup.

Every so often, a special leader can break the mold and make things happen, and will reach out to other ‘committed change-makers willing to help.’  From here, the manager creates ad hoc teams aimed at ‘narrow, specific change, beginning with like-minded’ individuals at a small meeting.

How do we use the meeting and gathering process to actually get stuff done?  “Here are a few do’s and don’ts that might help separate change-makers from time-servers.”

Call Yourself a Team, Not a Committee  Words really matter.  The key difference is that while you’re a member of a team, you and your team members ‘have to take initiative, stay relentlessly focused, and, in certain situations, lead.’  If you’re a committee the end game is usually difficult to define, and if it’s not reached, the consequences are rarely dire.  But if a team fails, everyone has lost.  Teams have group commitment; committees do not.

Build the Team with Volunteers  If you want committed team participants, you can’t appoint them — then it’s just another assignment.  Rather, ask people who you think have a vested interest in the outcome and will be ‘present for the right reasons.’  And don’t worry about titles — ‘passion must trump position to get things cracking.’

Create Competition People like to compete — we like to know we’re really good at something and have done our best, especially against a peer.  Such behavior might seem infantile, but we can’t avoid it — it’s who we are.  You might create sub-teams to build a friendly rivalry to extract the most from everyone in the shortest possible time.  Friendly competition can ‘leverage change quickly.’

Don’t Tolerate Debbie Downers Should you come upon any team member who ‘introduces obstacles to moving forward,’ meet them head on by asking that they ‘couple the description of the obstacles with a plan for overcoming them.’  Either their motivation will kick-up a notch or they’ll think better the next time when identifying obstacles instead of solutions.  Or maybe they’ll just leave the team.

Don’t Reorganize How much effort have we all put into either a reorganization or talking about a potential reorganization? Or the non-effects of the most recently and highly touted one?  What Mr. Alter says on this topic is so clear and obvious that I wonder why management doesn’t follow this advice: “The stovepiping that hampers so many bureaucracies can’t be busted on paper, only in practice.  Organization charts only matter in organizations that aren’t nimble and effective in the first place.”  No reorganization I’ve ever been part of has led to greater efficiency or employee satisfaction.

Don’t Make the Xerox Mistake   We all know the failure made by Xerox’s PARC research lab to transform brilliant ideas into world class marketable technology.  However, Xerox’s problem was not merely not seeing the opportunity; rather, it was management’s error in not knowing what they had because their focus was too simple.  “They weren’t receptive enough to the change underway all around them.”  By focusing solely on the technical product, they weren’t able to see the world was moving and changing.  Thus, an organization needs to ‘design for change’ in order to adapt and thrive.

I suggest we all consider new ways of working together, not seeking structure or the organization to solve problems for us.  Each of us needs to be an adaptable member of a team, helping each other and being as resourceful as we can possibly be.