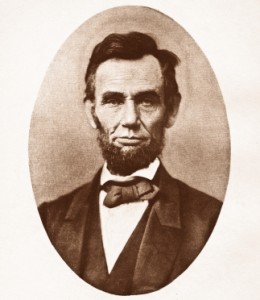 Every Sunday the New York Times interviews executives who have a special message about or insight into leadership and their personal techniques for success.

In this blog, I’d like to cover the essential points about leadership as described by James P. Hackett, president and CEO of Steelcase, the office furniture company based in Grand Rapids, Mich. The article was entitled “Leadership Never Looks Prepackaged.”

Mr. Hackett was open about how he’s learned from others and applied those teachings to his everyday management.  Likewise, we’ll learn from him.

While speaking to Bill Marriott, he was impressed by the look and feel of a CEO, which he was questioning about himself at the time.  The image he came back with was ‘…that you have to be who you are.’  Since then, whenever he meets a CEO who leaves something behind it is because ‘…they have a sense of peace, this self-awareness, that say ‘I understand who I am.”  Thus, being true to yourself is an aspect of strong leadership.

Because Mr. Hackett came into a tumultuous situation, he needed to figure out what the family who ran the company wanted him to be.  Understanding that trying to make ‘sense of what everybody wants in a difficult situation’ can exhaust you, he came to realize that he needed to be ‘comfortable with setting the point of view.’  If you can — and when you do — ‘people [will] want to work for you.’  Despite the environment he entered, he set the path — and made it known to the employees — that they would take, following him.  He stood out, recalling the lesson of Bill Marriott about being himself.

Describing his first management decision in more detail, he said ‘It’s this notion of authenticity — that’s what people look for and want to follow.’  You need the trust of those you are going to lead, and you ‘can’t have trust without integrity,’  which itself has to be practiced for those moments when you will be tested.  One way to measure your integrity is to ensure you act morally and ethically under the most extreme pressure, many of which are presented in every day life.

Leadership lessons were learned as well while he played football under a famous coach.  “What I got from him was this drive to compete.  If a CEO doesn’t want to win, then you don’t want them in the job.’  Average is not okay — you need to want something very badly, though ‘not win at any cost.’

A leader is also open to new ideas and being critiqued.  Mr. Hackett learned from his managers that he had to think more abstractly, to think in terms which are less concrete.  His initial reaction was a selfish one, considering only the work he himself had been putting into solving the hard problems.  After a bit, he sensed that his reaction was selfish, and ‘that the point was, what do they [his managers] need to be more successful and how do I make things more concrete for them.’  What a wonderful example of showing respect and fortitude to your staff.   He now starts a lot of discussions saying that he’s ‘gone more abstract on this because I need to get this out, and I need your help in making it more concrete.’  He has demonstrated adaptability, listening to his staff and changing his behavior.  Being a tad humble is not a bad thing.

A good leader balances ‘now’ with ‘near’ and ‘far’ and decides the right amount of time to spend on each.  Relating this to leadership is the point that as a leader you want to be known as a great one because you ‘actually reached out and imagined the state of things in the future.’