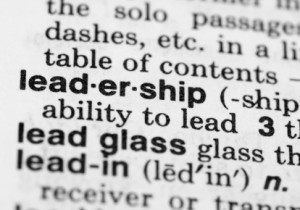 What is it about the behavior of people who truly inspire their managers, who are the leaders we aspire to become?  In perusing my files today, I came upon an anonymous article that identified seven traits shared among what the writer entitled ‘Truly Inspiring Leaders”.

Based on interviews with thousands of executives, the author noticed a subset of bosses who ‘inspire their employees and colleagues to achieve more than they ever thought possible’.  In the famous book Flow by Mihaly Csikszentmihalyi he talks about people are most likely to achieve their goals when at the edge of anxiety and achievement.  Stretch, feel confident, take a risk, and succeed — and repeat.  Maybe this is what great leaders do by their behaviors.

Here are the seven traits:

As we begin the new year, constructing a check list to see how you fare on these attributes would be a worthwhile exercise — you might be surprised by what you find.  And as with many managerial behaviors, where you don’t score a direct hit (on the positive side!), you can also build a development plan to focus on a trait that needs more time or guidance to manifest itself.  Should you find you’re not exercising ‘inspirational’ behaviors, better to know now than learning later that you could have accomplished so much more.