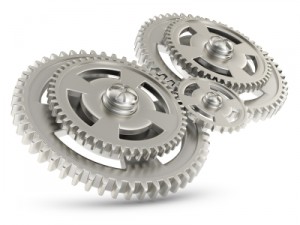 Technology management is not getting any easier, despite technology’s ubiquity, the ease with which we integrate it with our daily lives and cloud-based services, which should simplify nearly everything if you believe the press.

I continue to see a true lack of communication between the business and technology organizations and implementation failures resulting from lack of understanding rather than anything technical.  In fact, which I’ve mentioned before, a recent McKinsey survey found a low score of 26% for technology leaders proactively engaging with business leaders on new ideas or system enhancements.  This has been a problem for as long as I recall.  I know the 26% figure can be raised.

Trouble is, the business people see the problem but don’t know what to do, while the technologists are so focused on coding and infrastructure and having a project number, they don’t realize the problem’s root cause.   Neither side wants to step into the shoes of the other.

Many ‘blocks’ exist to fixing this problem.  The ‘blocks’ I would concentrate on to solve the problem are:

The ‘blocks’ can be addressed through improved governance, enhanced communication, more mutual planning, and having all parties participate equally.  The gears of both parties need to engage and remain meshed.