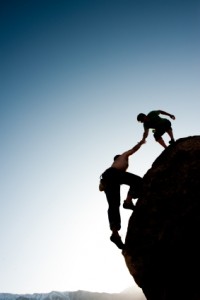 Those of you who read my blogs know I write often about the human aspects of IT project failures and the lack of open discussion between technologists and their business colleagues.  Well, here comes some more evidence.

Information Week published an article entitled “Heroes Wanted,”  which is about the unfortunate lack of technological innovation at a time of great business need.  In this well-researched article which is based on responses from both IT and non-It people, we learn even more about the disturbing lack of synchronicity between the need for and delivery of technology.  Data collected showed a ‘disparity between how IT views its performance (not bad) and how non-IT pros view it (not good).’

What did they learn specifically?

IT Project Cost and Delivery Not Meeting Expectations:  2/3 (a low number in and of itself) of IT providers thought users were happy with quality, timeliness and cost, but just half of the business managers surveyed agreed.  Furthermore, more than half of the business managers still believed IT is still primarily a support or maintenance organization.  “Again and again, the data shows a disturbing gap between IT’s perception of itself as reasonably innovative and effective and non-IT’s lukewarm view.”

IT and the Business Look at the Same Situation Differently:   for every success story reported in the survey by IT, ‘there were as many cutting comments describing the IT staff — even from IT pros themselves.’  That is, despite seemingly heroic efforts by IT and no customer complaints, IT is still not seen as cutting the muster for business innovation purposes.  Indeed, IT is viewed as being a drag on innovation.  “The user perception is very low and generally this perception is ignored [italics mine] by senior IT management as not being of importance.”  How can the IT function be so cavalier about disregarding survey after survey that business needs are not being met?  This is clearly one reason businesses turn to outside providers and pray the cloud answers all their questions and why there’s constant pressure on IT to reduce its costs.

Where Does the Tension Lie?  While there’s little debate that IT is critical and that everyone acknowledges technology is of growing importance, it’s difficult to find the cause of the different views, though here are some thoughts:

The only response to improving IT performance and its stature in the eyes of the business is to ‘work closely with business executives to develop innovative applications.’  While this is statement is neither startling nor new, it’s what’s needed on a consistent basis to educate businesses about IT’s essential value in business innovation and growth.  IT must participate daily to face doubters and demonstrate how technology-driven opportunities can lead to market success.