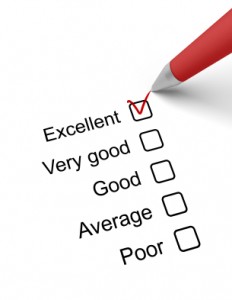 Two articles about coaching performance were given to me within a few days of each other, and they both had similar findings about what distinguishes an average coaching engagement from a superior one. The results were simultaneously startling and not at all surprising. What they had in common was that regularly asking for input is a sure way of increasing your effectiveness and capabilities.

The first, ‘Leadership is a Contact Sport,’ by Marshall Goldsmith and Howard Morgan discusses what they term ‘the follow-up factor.’  Their conclusion was that the effectiveness of all coaching and leadership programs depends on personal contact:  “Personal contact mattered — and mattered greatly.”   By personal contact they meant manager discussions and follow-up with the coaching client, including conversations with co-workers about the change in the client’s leadership effectiveness.  Specifically, ‘follow-up’ refers to efforts leaders make to ‘…solicit continuing and updated ideas for improvement from their co-workers.’

Companies practicing ‘follow-up’ had significantly higher scores for ‘leadership effectiveness,’ which is the goal of a coaching assignment, than those firms which either didn’t have such programs or practiced them inconsistently.  Scores on effectiveness were dramatically different between the two groups (on a scale of – 3 to +3):

Results were consistent within the US and for firms located outside the US.

The second article, ‘Supershrinks:  What is the Secret of their Success?,’ by Scott Miller, Mark Hubble and Barry Duncan described the keys to superior clinician performance.  While this article took the perspective of the provider’s performance, compared to the previous one which looked at improving the long-term performance of the engagement, the results tell a common tale.

In ‘Supershrinks’ they sought to learn what factors and behaviors lead to one clinician having results clearly different from his/her professional colleagues.  Superior results are defined as ‘…available evidence shows clients are less likely to deteriorate, more likely to stay longer, and twice as likely to achieve a change of clinical significance.’

So, how do you become a superior coach?  Follow the findings in these two exceptional articles and this basic anagram from ‘Supershrinks:’ T.A.R — Think, Act, and, finally, Reflect.  It’s about practice, evaluation and change.

All this work is not easy and you don’t get paid extra for it.  It is, however, the only way to reach what I call ‘escape velocity’ from the pack of coaches who are merely average.