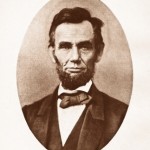 The Oxford dictionary defines ‘character’ as “the collective qualities or characteristics, especially mental and moral, that distinguish a person or thing; a moral strength; reputation, especially a good reputation.”  I think we’d all agree that character matters significantly in our personal lives as well as in our professional lives.  Indeed, a goal, and perhaps a requirement, is to behave with identical character in both, as it should not be a trait one can turn off and on, else it would be false.

Character came to mind when I read David Brooks‘s column in the New York Times of March 5 entitled ‘The Rediscovery of Character.’  He writes of James Q. Wilson, the eminent social scientist, who died recently.  From Mr. Wilson’s essay on “The Rediscovery of Character,” Mr. Brooks excerpts many essentials of character that I think are directly relevant to how individuals behave and succeed at work and to the sustainability of a corporation.

From Messers. Wilson and Brooks, here are the key extracts we need to consider as individuals who also have roles of important corporate responsibility.

My belief is that absent character, corporations will not be able to retain their best people, that disorganization will follow, that individuals will game the system, and that we’ll lose incalculable productivity and creativity.  Perhaps the best way to think about character is to recognize it lasts forever and affects everything we say and do.  We’d be nowhere without it.