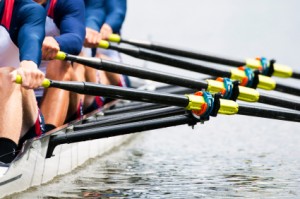 Before I’ve mentioned how much I enjoy the ‘Corner Office’ section of the Sunday New York Times.  The leaders profiled are well-selected and there’s something new to be learned each week.  Most of all, I find what is said is natural, sensible, clear, and so obvious you wonder how many leaders miss these basics.  The one I cover today is from the paper of December 4, 2011.

Ruth J. Simmons has been president of Brown University for 11 years, though is stepping down at the end of the year to become a professor.  In her interview, entitled “I Was Impossible, But Then I Saw How to Lead,” she made a few remarkable statements that tie back to other brief articles I’ve written about being true to yourself, about considering the organization, being open and being able to change your style when you recognize you need to.

Ms. Simmons makes these few outstanding yet basic points, all of which she has learned — as we all can by having good mentors, superb colleagues, paying close attention, changing behavior, having great coaches and open communication:

Ms. Simmons represents not only an accomplished leader in the difficult arena of higher education.  To me she embodies an enlightened manager who adroitly and unconsciously applies the human qualities inherent in all of us to the fundamental challenges of management and learning and working with others.  I think she did this because she saw value in others, kept her ego in check, and knew when to push and when to hold back.  Clearly, she’s received the best from her staff and that’s quite an accomplishment.