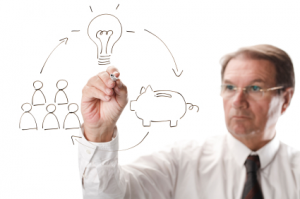 Daniel Goleman‘s “Transforming Leadership from Art to Science” describes six leadership styles:  Visionary, Coaching, Affiliative, Democratic, Pacesetting, and Commanding.  Of these, the last two are to be used sparingly and only when appropriate.

In the New York Times of December 11, 2011, there was an article about Daniel F. Akerson, General Motors’s chief executive officer, entitled Bluntly and Impatiently, Chief Upends G.M.’s Staid Tradition.  It is a perfect example of an executive who has no other choice than to use the risky leadership styles of ‘pacesetting’ (to meet challenging and exciting goals) and ‘commanding’ (giving clear direction in an emergency), and at the same time no less.

No one can disagree that G.M. is at a cross-roads — extreme competition in all segments across all brands, increasing environmental pressures, 26% ownership by American taxpayers, a long-running recession, and fires in the new Volt, which could damage the model’s launch and future, upon which G.M. is depending to differentiate it from other hybrids (e.g., Toyota Prius) and pure electrics (e.g., Nissan Leaf).

Considering G.M.’s position, Mr. Akerson is doing what is needed:  setting the pace and the direction in a commanding way in an organization not accustomed to this type of leader.  The ‘pace’ must be rapid — other manufacturers have decreased new model cycle times and technology is advancing even more rapidly — and ‘command’ is essential, because as Goleman writes about when this style is appropriate:  “In a crisis, to kick-start a turnaround, or with problem employees.”

Here are a few choice extracts from the article that demonstrate why Akerson’s style is perfectly aligned with G.M.’s needs at this moment:

This is not to say Mr. Akerson doesn’t use any other leadership style, or doesn’t have the skills to do so.  However, I am saying he is using the right tools for the job at hand because he really has no other choice.  The right style at precisely the right time.  We’ll see.