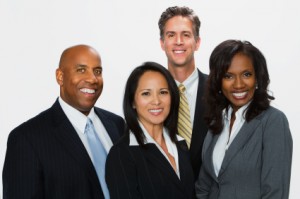 The McKinsey Quarterly is full of rich material for coaches.

In their most recent quarterly review, they published an article entitled “How Leaders Kill Meaning at Work.”  This appeared at the same time I read remarks from Bob Moritz, PwC‘s U.S. Chairman and Senior Partner, which are supportive of a strong, competent and content workforce of highly intelligent and determined individuals.  While Mr. Moritz said: “In addition to having the necessary technical skills, it’s important to possess the ability to confidently communicate those skills and talent. What I tell students on campus is that I look for people who have developed their ‘4 Q’s’ — IQ, EQ (emotional quotient), CQ (culture quotient, or the ability to interact with people from different backgrounds), and most important of all — PQ — the passion quotient.”  So leaders are perhaps saying one thing and doing another.  A colleague once said that this is a problem of the rhetoric not matching the reality.

What are leaders doing that kill meaning at work?  Let’s see what McKinsey found and described in their article from earlier this year.

Leaders fall into four traps that affect the meaning of work:

What do you to do help leaders avoid killing meaning at work?  You want to communicate clearly and consistently and in alignment with your mission and goals; keep employees’ perspectives in sight; build early-warning systems to indicate when ‘your view from the top doesn’t match the reality on the ground;’ and, as the leader, continue to ‘articulate the higher purpose of what people do within your organization.’