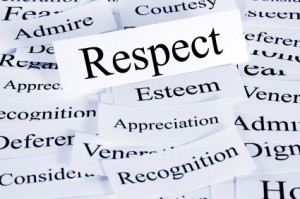 John Eggert of IdeaLeadership out of Houston, Texas, conducted a survey, whose purpose was to ‘better understand the challenges to communication and collaboration among professionals from technology-related disciplines and those outside of these disciplines.’  John was kind enough to allow me to share his findings, which are in an article entitled “Non-Technologists’ Perceptions of Technology Professionals…and Vice-Versa.”  For those of you familiar with my blog, this is a topic I’ve covered from many angles, and now we have another, based on a survey of 120 individuals.

Respondents to the survey were evenly divided among women and men, most were between the ages of 51  and 60 (around 38%), 40% have Master’s degrees, and the split of professions was 55% were not in a technology-related profession (our non-IT respondents), while 45% were (our IT sample).

What are the key findings (paraphrased) from John’s survey?

I found John’s survey gave me hope for the ongoing improvement of the relationship between these two parties who must always work together.  Not surprisingly it all goes back to respect via communication, listening, and understanding.