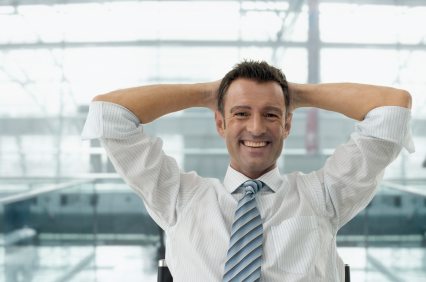 Several weeks ago I wrote about the results of a survey I conducted on the subject of sabbaticals (or leaves of absence).  The consultant I worked with on the research and I have now completed an even more thorough analysis of the implications, which I thought you would enjoy reading.

Employee engagement is at one of its lowest points according to many generational experts and my clients.  This is due to several factors:  longer working hours, less internal and external mobility, ongoing organizational change, job insecurity, corporate rhetoric and reality not matching up, boomers stuck in positions awaiting retirement, and individuals not finding a purpose at work beyond just holding a job.

As an executive coach, my interest in sabbaticals for my clients was due to the troublesome intersection of employee disengagement, a need for a break, and a desire to reconsider what they do and what they might do in the future.

Several books have been written recently that recommend sabbaticals to refresh and recharge, allowing an employee to return to work more engaged and at ease with the employee’s position and surroundings.  Reboot Your Life by Catherine Allen, Nancy Bearg, Rita Foley and Jaye Smith and A Month of Italy Rediscovering the Art of Vacation by Chris Brady, are two such books.  In fact, the authors use the phrase ‘radical sabbatical’ to refer to time taken from work for something more serious than just lounging.  Both books propose that those taking sabbaticals do so with a seriousness of purpose and preparation — sabbaticals should have an objective.  Lying on the beach would not qualify.

This study followed a series of one-on-one interviews focused on men’s attitudes towards sabbaticals.  Commonly accepted thinking is that men would rarely choose to take a sabbatical.  Would this thesis hold-up in a qualitative study?  Indeed, the qualitative interviews supported the thesis.  All but three of the interview subjects had no interest at all in taking a sabbatical.  The primary reasons are: loss of momentum in one’s job or career; appearance of being “weak” as a man; not being able to return to the same role; and losing clients.  Despite the obvious benefits they recognized emanating from time off  — reduced stress, study something new, spend more time with their family, visit places they’ve always wanted to see, getting in shape — the negatives completely overwhelmed the benefits.

After discussing these findings with some colleagues, it became apparent that these findings needed to be validated on a larger sample.  The results from this larger quantitative study were quite different from what came out of the one-on-one interviews.

The survey was conducted between September 2012 and October 2012 and took place in three waves, generated from three separate requests to the MENG (Marketing Executives Networking Group) membership to participate.

Note that the sample size is small and therefore all findings are to be considered directional rather than statistically significant.

At a high level, Sabbaticals are highly valued, but rarely offered by organizations – and even more rarely taken.  Potential employees could be swayed to take a particular job if one of the benefits is the opportunity to take a Sabbatical under the right conditions.  Organizations that have a higher incidence of women might benefit more from offering a Sabbatical as a benefit over other possibilities.

The specific findings are:

‘Engagement’ in the workplace means the employee is involved deeply in some activity, occupied in a way that focuses his/her attention so time flows effortlessly and he/she can do his/her best work without deliberation.   People who are engaged are happier and are likelier to be healthier.  Engaged employees are more fully pledged to doing a job well.  The way to engage employees is to demonstrate true care and concern.  Providing sabbaticals is one valuable option that could be offered.

Slightly more than half of the MENG respondents to this study have reported that they ‘somewhat like what they do,’ confirming the concern that many employees have become “unengaged” at work.  It is clear from these findings that many in this sample believe they would benefit from taking a sabbatical with a purpose in mind.

In discussions with several human resources directors about sabbaticals, they believed that sabbaticals would only work in a company where the concept is truly embraced and encouraged.  This is a reasonable pre-requisite because people would tend to shy away from the idea if they had hesitation about their job re-entry.  Workplaces are fluid, organizational structures change and relationships morph quickly.  If one feels at all tentative about his or her standing in a company, he or she won’t take an extended break.  That’s why forward thinking firms like Intel, PwC and others who offer sabbaticals do so as part of a larger program that encourages new thinking and promotes the benefits of taking time off.  Employees at these firms who take sabbaticals return better prepared for their jobs and thus more productive and thoughtful.

Given that the majority of respondents (2/3) would be interested in taking a sabbatical if offered, and further that 60% of respondents would take a job with a firm that offered sabbaticals as a benefit (all other things being equal), it would seem attractive for firms to consider development of a sabbatical program.  Certainly, all firms offering sabbaticals will need to be wary of the downside concerns of individuals taking sabbaticals. Firms that have a higher proportion of women might also benefit incrementally both in recruiting and retaining key executives by offering a creative approach to sabbaticals.  They could be used as a bonus, a trade-off vs. other benefits or as a benefit based on level or tenure.  With an improving economy, novel benefits like a sabbatical could go a long way towards showing appreciation for a sub-set of employees.

I would like to thank MENG and its members for participating in this study.  In addition, I would like to express my appreciation to Ronald Mazursky, who provided counsel in the design and development of study and assisted in the analysis and reporting.

If there are any questions concerning this study, its findings or implications, readers may contact me at (203) 521-9972 or via email at Frank@FaethConsulting.com.