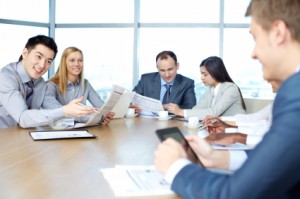 Many months ago I quoted IBM and McKinsey when I wrote about the influence personal behavior has on IT project success and direction.  Recalling those two quotes:

Recently two more articles have been written by McKinsey which identify other — and less obvious — influences of human behavior on IT projects.

In their McKinsey Quarterly, they report on the Board’s role in the technology agenda and on delivering large-scale IT projects.

Drawing on the key points which identify the influence of individuals — which I believe is the primary source of IT project failures — it’s clear that the notion of the role participants play (as opposed to the technology itself) is perhaps gaining some notoriety.

From “Elevating Technology on the Boardroom Agenda:”

And from “Delivery Large-Scale IT Projects on Time, on Budget and on Value,” the key points I’d like to extract are:

People indeed matter when evaluating, planning, implementing and examining technology projects.  With the obviously critical role IT projects and technology itself play in a corporation’s success, excellent outcomes can only be achieved by IT and business joining forces and working as an integrated team.