Employee engagement is at its lowest point since WWII.  My guess is that this is due to several factors:  longer working hours, less internal and external mobility, ongoing organizational change, job insecurity, corporate rhetoric and reality not matching up, boomers stuck in positions awaiting retirement, and individuals not finding a purpose at work beyond just holding a job. 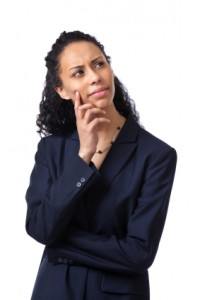 Several books have been written recently that recommend taking a sabbatical to refresh and recharge your batteries, allowing you to return to work more engaged and at ease with yourself and your surroundings.  Two I recommend are Reboot Your Life by Catherine Allen, Nancy Bearg, Rita Foley and Jaye Smith and A Month of Italy Rediscovering the Art of Vacation by Chris Brady, who uses the phrase ‘radical sabbatical’ to mean time off for something more serious than just lounging.  Both books require those taking sabbaticals to do so with a seriousness of purpose and preparation — they have to have a point.  Lying on the beach would not qualify.  (The first use of ‘radical sabbatical’ I can find is from Mickey Anders’s 2012 book Radical Sabbatical.)

I have the good fortune of knowing Jaye Smith (one of the “Reboot Your Life” authors).  What began as a conversation having to do with whether men are more or less likely than women to take a sabbatical evolved into my conducting both qualitative and ultimately quantitative research on the subject of sabbaticals.

My first step was to interview men I knew to gauge their interest and understand why they might or might not be interested in a sabbatical.  What I learned after speaking to 27 of them was that all but three had no interest at all.  The primary reasons appear obvious in retrospect:  loss of momentum; appearance of being weak as a man (after all, men are meant to be the providers); not being able to return to the same role; and losing clients.  Despite the obvious benefits they recognized emanating from time off (six months would be good, but they’d take 3) — reduced stress, study something new, spend more time with their family, visit places they’ve always wanted to see, getting in shape — the negatives completely swamped the benefits.

After interviewing these gentlemen, I knew I was skewing the results by speaking to a single cohort with nearly identical demographics — age, income, education, ambition.  What was required was a larger, more diverse sample, inclusive of men and women.  Fortunately, I was able to reach a group of marketing executives (I know, this too is not a properly representative sample, but it was a big step up from what I had before) to whom I could send an online survey.

The results were quite different from what I learned during my one-on-one conversations.

My key findings were:

Being ‘engaged’ means you are involved deeply in something, occupied in a way that focuses your attention so time flows effortlessly and you can do your best work without deliberation.   People who are engaged are happier, more content and are likelier to be more healthy.  Engaged employees are more fully pledged to doing a job well.  The way to engage employees is to demonstrate true care and concern.

If you agree that employee engagement is wanting and that improvements in the economy will unlock some employees, an employer might consider offering sabbaticals as a way to ensure its most valued staff remain challenged and committed.