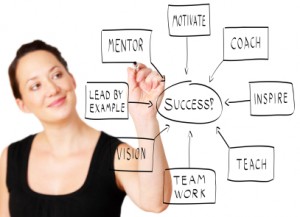 What a breath of fresh air in “IT Careers:  Do You Need an Executive Coach?” by Mary Pratt in the July 26th issue of CIO.com.  Clearly, the answer is yes; everyone needs a coach (see video of Eric Schmidt and a New Yorker article by surgeon Atul Gawande).  In fact, Ms. Pratt’s article begins with an IT director noting a trend among high-performing athletes to up their professional games by hiring a coach.  And with the Summer Olympics upon us, the vital role played by the coach is in even more evidence.  None of these athletes would be performing at their current levels without diligent, long-term and consistent coaching.

Isn’t it odd that we think nothing of coaching non-IT executives, but a separate article needs to be written about the role of coaching in an IT career?

For those of you not familiar with a recent blog of mine, let me reproduce some statistics I obtained while polling listeners to my HR.com presentation on ‘A Failure to Communicate.’  I want to restate them because they are a clear indication that coaching could do wonders for the quality of not just IT management, but the business managers with whom they interact.

Is your organization content with the quality of the IT deliverable?

Is communication between IT and non-IT a concern at your company?

What are the causes of the two groups not communicating? (More than one response was allowable.)

Does your organization coach technologists?

Can you imagine such dismal headlines in any other function within the organization?  Why does management allow this dysfunction to continue in technology?   The money being wasted is significant.  Coaching technologists appears to be an afterthought.  A bit of coaching would have a significant impact on ROI.

Here are some highlights from Ms. Pratt’s article:

“IT professionals haven’t engaged such services [i.e., coaching] at the same pace as other senior managers…but that is changing as tech executives and their companies see that IT can gain as much from coaching as the others in the C suite.”  I would add that the returns on investment can be even higher as the failure/disappointment rate of technology projects is very high relative to other internal activities and capital and labor tend to be high too.

“In fact, IT leaders may even benefit more, particularly those who rise through the ranks on the strength of their technical expertise rather than their management experience.”  This area is a terrific opportunity for transition coaching and the coaching of soft skills and creating executive presence.

“As CIO demand for coaching services increases, they’re able to engage coaches who have experience in either IT management or coaching IT leaders.”  From my experience, coaching technologists is different because their engineering and scientific approaches and training are ‘hard’ vs. the skills of management which tend to be more art than science.

Technologists might balk at coaching because it seems esoteric, whereas their world is obvious and familiar.  In fact, a good coach can demonstrate results and improvements which are quite tangible and immediately applicable. For example, establishing solid and comfortable relationships with ‘your peers, your superiors, your subordinates’ lead to ‘better service and [they can then] recognize IT as a top organization — those are tangible.’

We all know that coaching is a ‘perk, not a punishment’ and that success at the individual level depends upon the client/coach relationship and the willingness of the client to change.  But what we still don’t recognize is that coaching can help everyone, not just the individual being coached.  The herd effect applies in coaching as well.  And when it comes to IT projects — among the largest investments a company will ever make and the ones that have the greatest impact on how everyday business is conducted — it is indeed time for organizations to bring coaching to their IT staff.