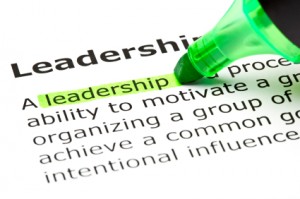 In this Sunday’s New York Times, I feel an exceptional leader was interviewed.  Laurel Richie is the president of the W.N.B.A.  During her interview, she cited numerous examples of how all leaders can do better, proving that a leader need not be a CEO or COO.

The article was entitled “Tell Me Your Idea (and Don’t Mind the Silly Putty)“.  While this might seem a childish activity, there’s great elasticity (pun intended!) in Silly Putty in the world of management and leadership.

To her great surprise early in her career, when she left for a vacation while running an ‘incredibly successful’ advertising account at Ogilvy & Mather, her staff had gone to Human Resources, complaining that working for her ‘was all about her and not about us.’

Naturally her first reaction was to be shocked and defensive — we’d all feel this way.  Yet, she had the maturity to listen to what her staff had to say and to carry those lessons forward.  The number one managerial behavior she learned was ‘that if there is not shared ownership of the work, both successes and failures, people aren’t going to have a satisfying experience.’  In this one phrase she’s captured the essence of leadership — it must be shared and it must generate satisfaction in the participants.

In response to this potentially tumultuous homecoming, Ms. Richie redefined her job as a ‘leader to create an environment where good things happen, and where people feel good about their role on the team, and they feel acknowledged, they feel empowered, and they feel visible.’  Instead of protecting her staff from the bad things, she now told them everything because they had to experience all types of outcomes to grow themselves.  Leadership is not about protecting; it is about enabling and creating the right environment for people to achieve results, rather than act on tasks from the boss.

Being very action-oriented, Ms. Richie went right to work, asking her staff to give her examples where they felt they weren’t part of the mix.  She told them to let her know when she was behaving in a way that didn’t bring out their best.

Where does the Silly Putty come in?  By stretching it between her hands during meetings, she gave herself time to be patient — by elongating the Silly Putty, it allowed her to give ‘people time to think and create and develop, even though…I know how to do this.’  Many of us need a tool to prevent us from jumping in while someone else is thinking.

The other big lesson she mentioned was what can be gained from diversity.  As one of the few African-Americans at Ogilvy or her client, she had the fortunate experience of working for someone who ‘celebrated the differences,’ demonstrating the importance of ‘true diversity of thought, of style, of background, of experience.’  She was able to be exactly who she is.

The primary leadership lesson she learned is how ‘important it is as a leader to have a clear vision and communicate it often.’  Over-communication is simply not possible.  Even if it bores the leader to repeat the message, a mantra holds value to everyone else because it is memorable.  I’ve often thought of repetitive messages as anchors that allow us to remain stable in rough waters.

Wonderment was another type of behavior Ms. Richie engenders in her staff.  She accomplishes this by creating environments where they ‘can bring their best selves, and good things will happen as a result.’  By cutting off conversation through words or non-verbal cues, a less effective leader sends a message that someone’s idea isn’t an option.  Done often enough and pretty soon you’ll have a staff that won’t tell you you’re walking in the wrong direction.

A well-balanced leader, Ms. Richie knows that getting the best from her staff means letting them talk, fail, succeed, ponder, and feel comfortable.  Thus, as the leader, she has to have the strength to listen to differences and make decisions even if they are opposite to what the group thought was right.