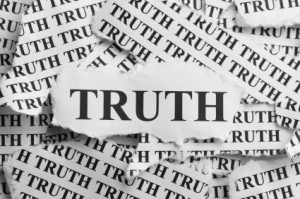 It’s not who you expect, according to James Krohe, Jr., in the summer edition of The Conference Board Review.  In an article entitled “Disconnect:  The Company You Think You’re Running is not the Company For Which Your People Work,” the author reveals the dichotomy between the company a CEO thinks he/she is running and the ‘company for which people work.’

Because running a large firm is a complex undertaking with so much going on across many different organization units, geographies and people, getting an accurate view from the top is not possible; presuming you can is a major mistake.  As the author writes, “it’s like judging life in France by its GDP.”  “CEOs typically are not exposed to, and so have no idea of, the underlying complexity of the organization.”  What they see is only a small portion of what is occurring, and even that is filtered and provided selectively.

In a series of studies, researchers found:

Why such a difference in perception?  One reason is that senior managers cannot always count on ‘people below calling their attention to wrong-doing.’  Another reason is that employees are not comfortable — and often thwarted — speaking the unspeakable to C-suite executives.  Typically, a CEO does not tolerate dissension in the ranks, meaning the truth will not percolate to the top.  “Workers don’t trust that anonymous complaints will remain anonymous.”  Furthermore, as human beings we tend to hear what we want to hear and see what we want to see.  “CEOs really need to try to view the work environment from the employees’ perspective.”

One way for the C-suite to hear the unvarnished truth is to find someone who cannot be  harmed by the truth-telling and has the skills and experience to know how to express the facts in a way that can lead to recognition and then action.  As suggested in the article, a ‘recent or soon-to-be retiree from the executive ranks’ is a good choice.  Being the trusted advisor, he/she can tell the senior managers what others would hesitate to say and, moreover, might not be believed unless delivered by someone who is considered neutral and lacking an agenda.  Having the skill to screen the chatter to find the real message would go a good distance to accurately informing the C-suite of what is occurring among the workforce.

Getting to the truth is not the only benefit to consider.  Since ‘management tends to delineate the desired corporate identity or image without having a clear conception of the company’s actual identity,’ senior managers are at risk at mis-portraying the firm because ‘corporate identity claims are often contradicted by routine practices in the organization.’  What this means is that for the image and message to be consistent, there is urgency to finding the shared truth.

What I liked most about the article was the author’s description of what a team member wants in her/his manager:    someone to help them do their work and who is applauded for ‘clarity in communications, helpfulness, and supportiveness.’  If these traits existed across the organization, then the C-suite would more often than not hear the unfiltered message and people would feel comfortable at all times telling it like it is.